Celebrate The Father of Modern Primitives 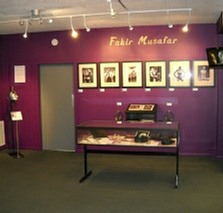 FAKIR MUSAFAR is known worldwide for his fifty year's research and personal exploration of primitive body decoration and rituals. Fakir has introduced concepts and practices for the "body-first" approach to explore spirituality in art, body modifications, SM and what he calls "body play". Fakir's practices have been shown and his views expressed in the 1985 film DANCES SACRED & PROFANE and in ReSearch publications 1986 book MODERN PRIMITIVES (a word Fakir coined in 1979 to describe himself and a few kindred spirits). 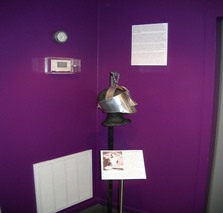 “I love to flirt with altered states and I’ve been playing with them my entire life. At first I was terrified when I blanked out my primary senses of sight and sound, cut myself from the surrounding world of physical reality. I would panic at the same time get an inner thrill from this isolation. Soon I learned that the longer I stayed in a state of sensory deprivation, the more comfortable it became and the more I was able to plumb the depths of my inner self. I would set sail on an inner ocean of incredible landscapes, visions and unseen wonders. In this early photo, I sat for hours in this rubber-lined metal mask while I did yoga poses”. 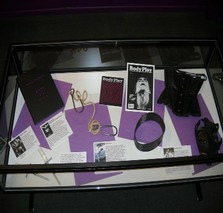 The printed version of BODY PLAY magazine was published from 1992 to 1999. Its nineteenth issues has become a treasure trove of rare information and subject matter. However, it became increasingly difficult to continue publication. Subscriptions never exceeded 500 and distributors of alternative publications like BODY PLAY kept going bankrupt. Large retailers of magazines and books refused to handle a magazine like BODY PLAY. Between 1998 and 1999 some 1800 alternative publications were forced out of business by changing cultural and economic forces. BODY PLAY was one of them. 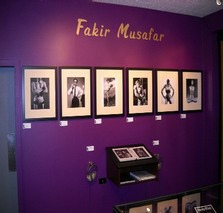 “In 1975, having pierced myself six times to do the Sun Dance, I decided to make permanent holes in my breasts so I could feel the comforting spirit, spirit-calling state of the Sun Dance whenever I wished. However, I was terrified to make such large holes, afraid I might have serious problems in healing them. I understood the South Dakota natives who did this ninety years before me often died as a result of such radical body modifications. And those in contemporary society would never understand if I ran into trouble and failed”.